You are here: Home » Uncategorized » How Digital Marketing Trends Are Changing Traditional Marketing 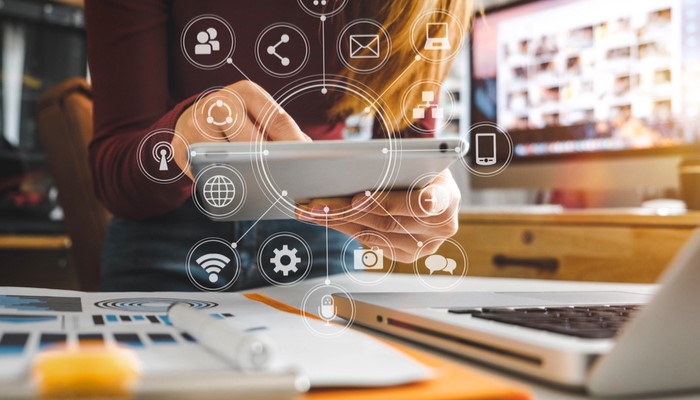 Today’s society is influenced directly by digital technology – there is no way around that fact. And the impact it has is not marginal, either. It is safe to say that there are countries in the world today that don’t provide clean running water for all citizens, but many of them possess a smartphone. To that end, digital marketing has a tremendous impact on people’s day-to-day interactions, purchases, work, and even daily habits.

Digital marketing, however, predominantly uses the internet and digital devices to get its messages across. It too can be classified into two broad categories such as inbound and outbound marketing. On the one hand, you have strategies such as email, content, SEO, social media, branding, and other such strategies that attract the consumer. On the other hand, we have digital advertising, promotions, and other similar types of interruption marketing.

The Introduction of Inbound Marketing

Before the appearance of the digital environment, there was very little on offer regarding inbound marketing. Like we said before, inbound marketing is a technique that aims to draw in consumers to the product or service, rather than push them to the customers. Inbound marketing works by providing the audience with value (relevant and useful information) via content, social media, email, and video marketing, in exchange for their business.

Another critical change that digital marketing has brought forward is immediate engagement with customers. It was something next to impossible several decades ago, and as a consequence, traditional marketing efforts don’t incorporate it into their processes. But through the internet and social media, companies can connect and communicate with their audience at a moment’s notice.

It proves to be an incredibly useful tool for customer engagement and care. The key to it, however, is responsiveness. Smaller companies are naturally better at it since they generally have to deal with lower numbers of online queries or interactions.

The digital environment and social media platforms have also opened the doors to almost incredible amounts of data. While market research has been in use before the advent of the internet, this technique was mostly limited to large corporations that could afford it.

With Google, Facebook, Instagram, and other social platforms providing analytics platforms, that information is now open to everyone. Small businesses can now use customer data almost as much as big companies can, allowing them to better target and promote their messages via digital marketing.

While traditional marketing strategies still have their uses, they are usually out of reach for startups. Plainly stated, digital marketing is leveling the playing field, allowing small businesses to be on an equal footing with their larger counterparts.